Pipe Major Mark Jamieson hails from Inverness and benefited from the Highlands and Islands Council initiative to teach school children the art of playing the Great Highland Bagpipe from an early age.   He started learning aged 7 under the instruction of John Rennie, a very accomplished and well known bagpiper.

He competed successfully on the juvenile solo circuit in the highlands of Scotland before joining his first pipe band, Inverness Royal British Legion Pipe Band at the ripe old age of 12.

As a keen member of the Army Cadet Force, he also played with the 1st Cadet Battalion Queens Own Highlanders Pipe Band under the leadership of Pipe Major Andy Venters.   If that wasn’t enough to keep a youngster busy, he was extremely lucky to learn Scottish snare drumming from Alistair Dowling, a world renowned drummer.  His last few formative years in the Highlands were spent competing in the top grade Dingwall Royal British Legion Pipe Band under Pipe Major Jimmy Jackson. 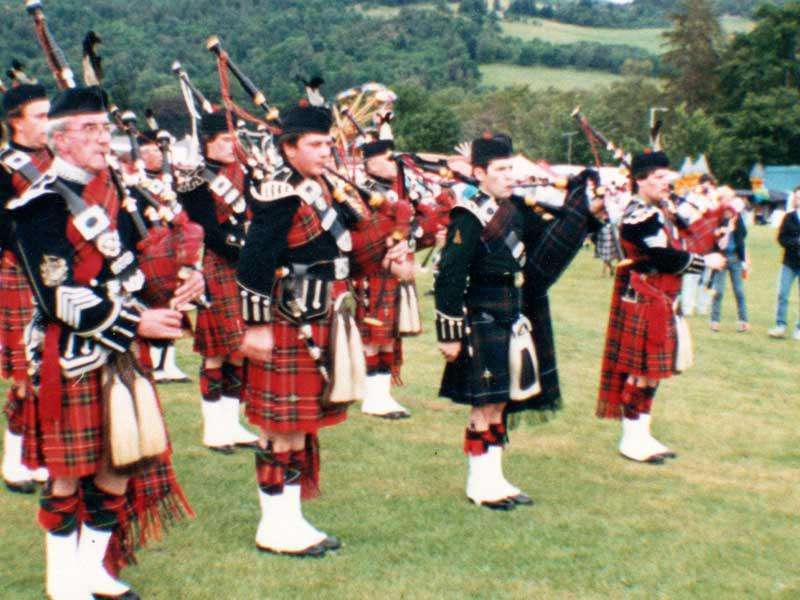 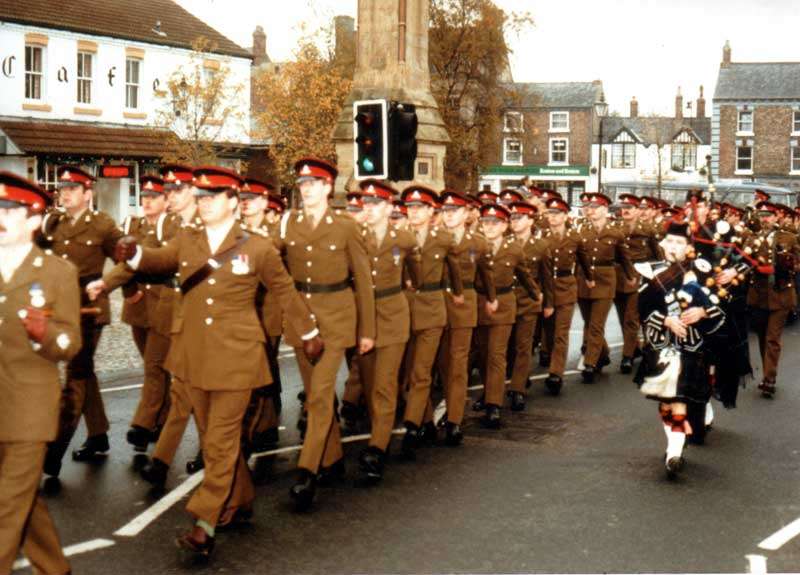 In 1986, at the ripe old age of 18, he  joined 19th Field Regiment (The Highland Gunners) Royal Artillery as the Regimental Bagpiper.  The regiment recruited from the North East of Scotland and the Commanding Officer, Lt Col Walker was very keen to promote the Scottish roots of the regiment.

Based in Dortmund, West Germany, apart from fulfilling his role a professional soldier, he was tasked with teaching fellow soldiers to play the pipes and drums.  From very humble beginnings, he taught numerous pipers and drummers in his time with the Regiment.  He is immensly proud of being the first Pipe Major of the band which is still going strong to this day.

In 1993, after leaving the British Army he settled in North Yorkshire and took a brief sabbatical from piping.  It was not too long however that the pipe band bug bit again and he accepted the post of Pipe Major for South Durham Pipe Band, a Royal Scottish Pipe Band Association Grade 4 competition band in Darlington.  He led South Durham until 2000 when he decided he would form a new band a bit closer to home in Thirsk.

North Yorkshire Fire & Rescue Service Pipe Band as the band was to become known held it’s first practice in Thirsk Fire Station on 1st Nov 2000.   The band was constructed to be an entirely self-funding venture through membership subscription, busking and engagement work.

In 2016 Mark moved to Pocklington and band rehearsals stretched an already 100 mile round trip every week to band practice even further so with heavy heart he decided to retire the Pipe Majorship in January 2017.

After a couple of seasons leading the drum corps of City of York Pipe Band, Mark felt the time had now arrived to write the next chapter of his pipe band adventure and Pocklington Pipes & Drums was formed. 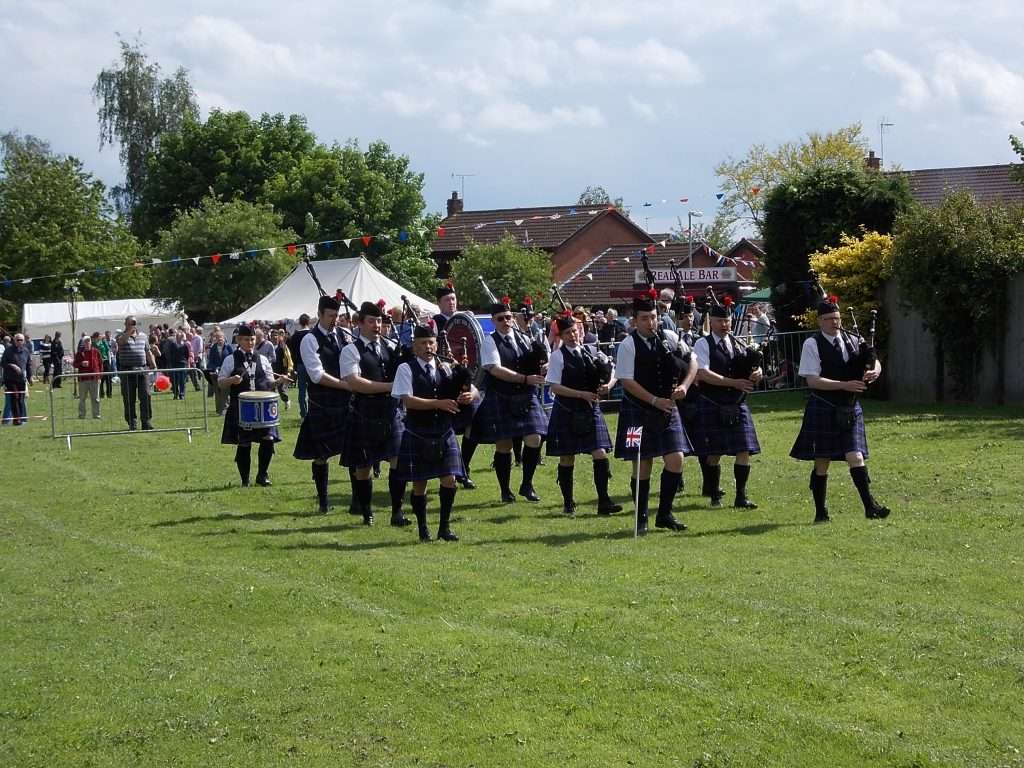